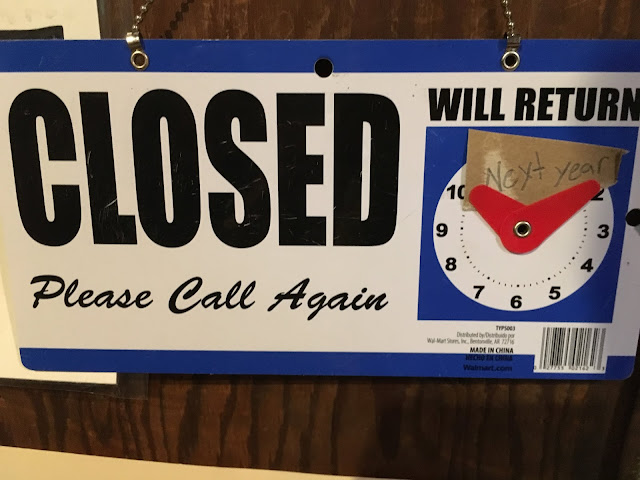 This week was week 5 and we are getting ready for the auction on friday. Most peeps are done with their houses and only about four peeps aren't done. This week we did a ccc for peep paintings, peep furniture, peep cloaks and capes, peep soap, birch bark canoes, and peep history. Friday is our last day of camp and were going to have a campfire appraisals and the auction. We have gotten some donations from some parents and nelson folks. This week we still have joleocrocy and lots of peeps are against it and the new law we made of minimum wage is 45 lives. We are sad that village is ending but glad to see each other next year!


This week was week 4 and we are working on our houses still. We had another camper go to a different camp. This week we celebrated as two peeps got married. Hyde and Jasmine /Briahs And Bea’s peeps/. This week we had mini fair and raised 1766.57 lives and deaths. Each peep has earned 135.89 lives and deaths and will use it for the auction or their house. Most people are almost done, and most are still a work in progress. This week we changed our government to a joelocrocy. The joleocrocy is when a jole (Hyde) leads and hires 6 secret joles and the joles and the head jole makes a law. This week we ripped up the old constitution.


It was a rainy Monday, so we began singing songs together inside the barn. Some songs introduced last Friday have fast become favorites: Wagon Wheel, Hallelujah, Country Roads, and Mercedes Benz. We announced the financial proceeds from the mini-fair, to general satisfaction: divided evenly among the peeps, each received over 100 lives. A fairly efficient post-mini-fair clean-up session followed, and then we got down to Werk Berzerk business. The last houses are coming together, and many homesteaders enjoyed a community college course on furniture making.


Later, a community college course took place on the history of the UPA (United Peeps of America). This course had stirring after-effects: struggling to articulate their village history, the attendees began to ask, “How can we write about history before we make history?” The idea took root, and Peeps began to rally around the sentence, “We have to make history before we can write it down!” They decided that they were going to call a town meeting right then. Governmental change had been talked of, but the moment of action had come. The results of the town meeting were significant: the original constitution, instituting oligarchy, was overturned (indeed, torn to pieces), and a “Joelocracy” was voted into law in its place. Yet again Mr. XXX II(I) appears to be the mastermind behind the governmental change, but in name, Hyde is the main power of this new system of government. In short, Hyde secrectly selects six Joels (Joeligarchs?), and these Joels are in charge of everything. It remains to be seen what the ramifications of this change will be. 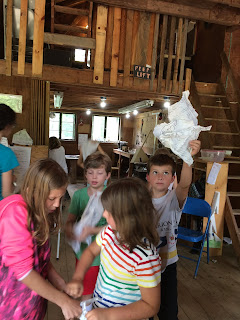 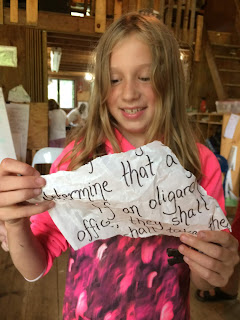 
We also had some visitors today from Ireland. They visited and made Peeps while their parents practiced for a performance at Apple Hill, just down the road. On the left is Catherine and on the right is the Ultimate Peepster (as in Hipster as a Peep. He has nine eyes, so he can see everything before anyone else.). We enjoyed exchanging stories and comparing cultures with their people, and getting to greet their Peeps! 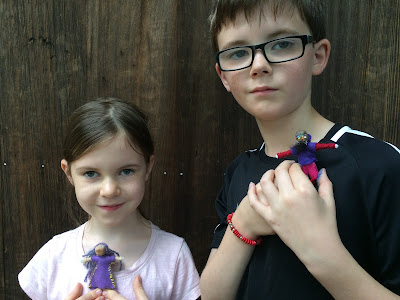 Some houses are entirely finished, a last few are being assembled now, one or two have met with misfortune by rain or critter and are being repaired, and others are being finely furnished. Hidie, for one, sleeps on a dreamy cloud bed suspended from the ceiling.

The new government was active: the Joels, having been secretly notified of their status by Hyde, gathered in a dark room (yes, actually, until someone made a motion to turn the lights on) to govern. The insistence on secrecy piqued the curiosity and indignation of the townspeeps, and many attempted to spy or interfere. This annoyed the Joels, who tried to find privacy in several different locations, to no avail. At an end-of-day homesteader meeting, homesteaders had a lot to say. The homesteaders belonging to disgruntled Joels said that the spying prevented their government from getting anything done, and argued, “What’s the point of having a government if the government doesn’t do anything?” Some also asserted that “real governments don’t have people spying on them.”  A creative mind added, “If you’re going to spy on us, at least do it well and don’t get seen.” It was also suggested that maybe it was okay and “just the way it is” if peeps gather round the Joel meeting trying to listen in. Toward the end of the meeting, a homesteader whose peep was not a Joel stated, “If you don’t like the government, change it. Don’t just stand there and let yourself get overpowered by it. Do what you think should be done.” On this note we will resume the day tomorrow!

Today was a busy day full of classes, activities, and house building. A welcome reprieve from the rain allowed us to sing outdoors to start the day. It was also nice to be able to do our next activity out of doors: receiving our t-shirts for this year and tie-dying them!

We also took advantage of the drier weather to have land time. Julius Bob Peepsar continued a good business selling peep trading cards, which have been popular. Albert Peepstein and XXXII collaborated to organize a new variation of a 50-50 raffle.

Government activity slowed down today: appraisals are fast approaching, and many homesteaders and their peeps are focused on finishing up their homes. Many had themselves working away tirelessly on trims, furniture, structures, and roofing. Shingled roofs are becoming increasingly popular (perhaps the rainy week encourages thoughts of water-tight-ness). A lot of peeps made good progress; things are looking up for appraisals this Friday!


The CCC of today was a peep painting class, guiding participants to create mini works of art. Our peeps seem to be quite talented, and turned out some beautiful pieces, including some inspired by classic artists. This course provided two peeps, Karanna and Julius Bob, with the final credit required for their doctorate degree!

Today was a frenzy of activity as Peeps put finishing touches on their houses and lands. One Homesteader was away for a week, and with a little help from her friends, her Peep's house came together in the final hour of Werk Berzerk before appraisals.

Some homesteaders find their Peeps with low bank account balances, and are worried about helping their Peeps pay off their 500 life loan AND have money left over to use for themselves for the auction. Mr. Albert Peepstein and XXXII held a raffle of sorts to try to make money. There was some interest, but the Homesteaders and Peeps purchasing tickets somehow seemed to negotiate terms of sale that put the sellers at rather a disadvantage...

Finally, once all homes were finished, we gathered to write real-estate blurbs. We had a good time thinking of euphemistic words to describe homes. Is your home small? Call it cozy or snug! Does it lack a door? It is secure!
You can read the real-estate blurbs and see pictures of the respective homes on our Real Estate page.

We finished the day with a lot of giggles as we played silly games in the eaves of the barn.

Friday: The Last Day of Camp!

Friday was a big day: it was appraisals, then the
auction. We gathered for a "quick sing" of our favorites, then sent the Homesteaders out to their lands for final arrangements before the appraisers came through to check it all out.

With all the rain it's been tough to do all the topiary people usually like to do before appraisals. This year Homesteaders settled on making sure that the rains hadn't created too much splash-up on their houses and that their Peeps' interior design was arranged as they desired.

After everyone was satisfied with their arrangements on land, we set out in small groups to appraise the homes and lands. At each property we listened to the reading of the real estate blurb for that property, then carefully toured the home and grounds. We allowed group discussion of the homes and their features, but collected the values on slips of paper (with no names, of course!). 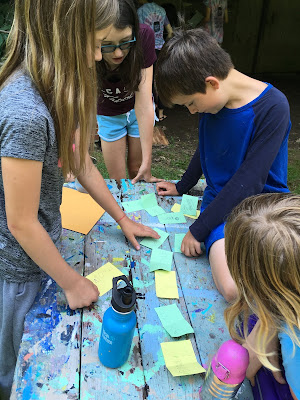 When everyone was done appraising, we had bit of a working snack as we laid out the values and determined the median for each land. The kids liked the method of "tossing out" or "killing off" the highest and lowest values until they arrived at the median, and there was much silliness and hamming it up as they were removed.

There was also some nice discussion about mean versus median (we've had this discussion as a group, facilitated by the Commissioners, but this time the discussion was driven by the kids!). One one home, someone had put in an appraisal of 2,000,000 lives. That was much higher than the rest of the appraisal values, and it was a real treat to hear them discuss the effect that such an extreme value would have had on the final appraisal if we were using the mean.

After appraisals it was time to settle up. Here are the final amounts:
Each Peep's final bank balance, home appraisal value (the median value) and final amount for the auction are shown above. The edits made to the last column are due to some self-selected redistribution of wealth. Mia had amassed a whopping 2,742.94 Lives, but when she saw that Albert Peepstein was in the negatives, she gave him 300! This kicked off a series of donations from the wealthier Peeps to those who had not earned much or were in the negatives. Albert Peepstein even turned around and donated 1/3 of the money donated to him to another needy Peep! It was a great day for giving, and it was clear that there was much goodwill and good cheer before the auction began.

As always on Fridays, we had campfire. Though the rains threatened to keep us from having our usual fire and s'mores,
the commissioners simply built a bigger fire and everyone skipped between the raindrops to toast marshmallows and keep their crackers dry. The rains receded just in time for everyone to finish their snacks while still somewhat dry, and we headed inside for our final performances of the season.

After campfire we gathered to give out shirts, sign and say fare well until next year! It was a time of many emotions, and many Homesteaders lingered after traditional pick up time, sharing stories and laughs and giving final hugs, handshakes and high-fives.

Always an event that we look forward to! The Mini Fair is a chance to show off our town and to share the delight of all things miniature with our guests.

This year Homesteaders worked throughout the fourth week to prepare for "our big party." Rides were created, signs were painted, and excitement built as the big day neared. This year we changed things: we held the Mini Fair from 10 - 12 on a Saturday, rather than on the usual (rainy) Thursday.

We donned our usual goofy gear (coordinating clashing clothes is our favorite party gear), selected locations for rides and hammered in signs.

Visitors arrived and made insta-Peeps, then visited rides and other attractions. The mini-snow cones were a big hit, as well as the GINORMOUS foods available at the bake sale. 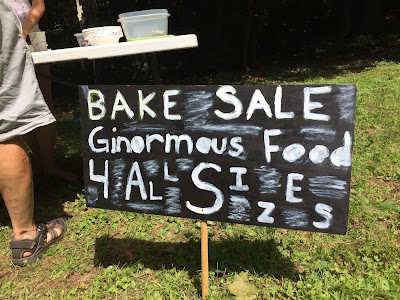 Insta-Peeps!
People really got into Peep-making this year. Many spent the better part of an hour!